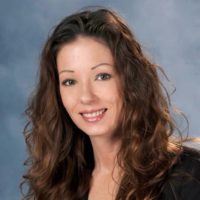 Prior to working for the City Attorney’s Office, Ms. Corriea worked as an associate at a law firm that served as outside counsel for the City of Los Angeles on police litigation matters.  While an associate, Ms. Corriea worked as the lead attorney on a number of employment litigation matters, including several multi-plaintiff lawsuits involving hundreds of witnesses and thousands of records.  As a second-year attorney, Ms. Corriea appeared before the Ninth Circuit, and as a fourth year attorney, Ms. Corriea fully briefed and appeared before the California Supreme Court on a landmark case.  The published decision can be found at:  Tipton-Whittingham, et al. v. City of Los Angeles, 34 Cal. 4th 604 (2004).  Ms. Corriea also fully briefed another matter before the California Supreme Court, a landmark decision on at-will employment.  Ms. Corriea was set to argue the matter, however, she accepted a position with the City of Los Angeles before oral argument took place.  In 2006, the California Supreme Court unanimously affirmed the summary judgment decisions that Ms. Corriea had obtained before the trial court.  The published decision can be found at:  Dore v. Arnold Worldwide et al., 39 Cal. 4th 384 (2006).