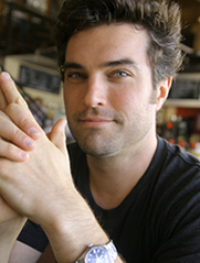 Collier Landry is a Los Angeles-based cinematographer and filmmaker, working with independent commercial, music video, and new media content productions on multiple platforms. He is an active member in the IATSE Local 600 International Cinematographers Guild.

In 2016, he founded Don’t Touch My Radio, a full service commercial production company based in the Silverlake neighborhood of Los Angeles. The company focuses mostly on commercial and music videos along with documentary projects. Collier also maintains a production studio in Glassell Park, offering complete RED, Canon, and Black Magic camera packages, along with a 3 ton lighting and grip package.

Collier is the co-creator and subject of “Aftermath,” a documentary series examining the consequences of violence and secondary trauma in America. The documentary explores Collier’s personal life story, when in 1990 his father murdered his mother, and Collier became the key witness for the prosecution during trial and was sent into the foster care system. The documentary was directed by two-time Academy Award winner Barbara Kopple and premiered on Discovery ID in 2018.

Though having a formal education in music, Collier has been capturing images his entire life. Choosing to draw inspiration from the world around him, creation is what he loves most about his profession. He chooses to wake up every day feeling inspired and ready for the challenges that lie ahead.

As a small business owner, Collier views his role in CABIA as one of his conviction that we cannot tolerate legal abuses like this to continue in this state or our country. He feels sitting back and allowing these cases to be pursued is detrimental to employers and employees, be it in the manufacturing or filmmaking sectors. Collier is committed to promoting CABIA in the entertainment industry as he feels it will only be a matter of time until that industry begins to recognize and fall victim to this type of legal abuse.