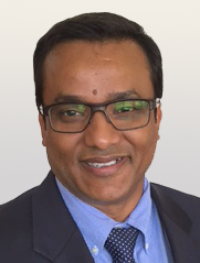 MD Amin is an accomplished sales leader who draws on his background in chemical and process engineering to understand customer needs and deliver superior customer service.

Mr. Amin began his career as an engineering consultant designing hydrocracking systems for refineries. He brought this experience to USS-POSCO Industries (“UPI”) in 1996 when he became a compliance engineer in the company’s rolling division. The following year, he was promoted to manager for tin/CRU operations. In 2005, he became the manager for environmental safety.

In 2007, Mr. Amin left the operations side of UPI to become an outside sales representative. Although he had no background in sales at that time, he was eager to use his interpersonal and project management skills to drive revenue for UPI. As an outside sales representative, Mr. Amin quickly demonstrated his ability to build and manage relationships, lead marketing campaigns, and close deals with top decision makers. He also distinguished himself by booking the most sales of any UPI sales representative for five years in a row. Mr. Amin was promoted to sales manager in 2011 and to director of sales in 2016. Today, he provides training, mentoring, and leadership to all UPI’s Commercial Group.

Mr. Amin earned his bachelor’s degree in chemical engineering with honors from the University of Idaho. He has also completed graduate courses in business administration from Golden Gate University. He lives in Brentwood with his wife and two sons.