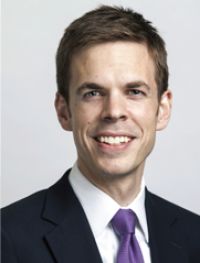 Mike Saltsman is a partner at the public affairs firm Berman and Company, where he serves as Managing Director of the nonprofit Employment Policies Institute. Mike has managed dozens of national, state, and local campaigns on wage and labor issues, and he regularly provides counsel to executives at the country’s largest hospitality companies. Buzzfeed calls Mike “a powerful DC strategist,” and the New York Times profiled the “prominent” role his work plays in defeating proposals to raise the minimum wage.

Mike is a frequent contributor to the Wall Street Journal, and he was recognized by the American Association of Political Consultants as a member of the class of 2018’s “Top 40 under 40.” Prior to Berman and Company, Mike was employed by the Bureau of Labor Statistics, and he studied economics and political science at the University of Michigan.